Simplicity promotes peace of mind. Without peace of mind, the troubles you see get translated into your product, into your agenda-less meeting, into a sense of malaise, unease, and unhappiness.

For a word defined as "being easy to understand or do," people sure have a lot to say about simplicity.

Search Amazon.com for books with "simplicity" in the title, and you'll get more than 7,000 returns. Simplicity in golf. In spirituality. In design. In software. In parenting. In investing. In philosophy.

You might look at this list and wonder: is there anything that can't be simplified? With enough confidence, clarity of purpose, and time, the answer is: "probably not."

Simplicity takes work to achieve. Often you don't know until later if you've hit the mark or not. But once implemented, the rewards of simplicity can be enormous in our personal and work lives alike.

Part of finding peace and harmony in life is about focusing on a few things in general and one thing at a time. Or, to put it another way, the more stuff you own, the more stuff owns you. The more commitments you have, the greater the stress.

' Tis a Gift to Be Simple

You may not think of it as "tidying" or "clearing away clutter" when applying simplification principles to work. But that's precisely what you are doing. Complexity at work creeps in when you least expect it. It's pervasive. And, it's your responsibility to clear away the clutter to keep people on task.

Clear away the clutter so you can live the life you want.

Complexity plays a role in everyday work, even to the level of a simple email. You can schedule a meeting with a co-worker or boss and hope they know what it's about. Or you can fill them in beforehand, so everyone can prepare to make the meeting most effective. The latter takes effort, but the results can be magical.

The hard work you take on today promotes harmony tomorrow and leads in directions you may not anticipate. (See Chapter 4 in The Harmonics Way for more.)

Getting to a state of harmony may seem frightening. Many products have been handcuffed in the market because they included too many features.

Consider the example of the Wenger Swiss Army Knife 16999. Weighing seven pounds, with a $9,000 price tag, the all-in-one product includes 87 different tools (including a metal saw) that provide more than 140 functions. "They built it just because they could, not because there was a need for the product," observed a writer on the UX Collective, a blog for stories about user experience.

Maybe the designers convinced themselves there was a need. Or perhaps they feared the cost and complexity of the challenge of narrowing their task down to a reasonable focus.

This lack of focus can play out on a more mundane scale in your daily workload. The work required to simplify can seem overwhelming. Maybe the culture doesn't condone it. But the more you allow complexity to creep in, the more you're inviting chaos, and chaos steers you off track. And the more it suggests you may not understand the task at the end. (See Chapter 3 in The Harmonics Way for more.) Scary enough, that might mean starting over again.

Simplicity is powerful – as Steve Jobs put it, it can "move mountains." In the case of Southwest Airlines, simplicity created a whole new market. In his book, "Simplify," author Richard Koch notes that at the time of Southwest’s founding, air travel was limited to the privileged few. The legendary founder Herb Kelleher set out to change that through simplicity. The list of airline tasks he simplified is long: one aircraft model to make the changeover easier, no reserved seats, no refreshments, no lounges. Just affordable air travel. Through simplification, Kelleher and Southwest Airlines moved mountains to create the era of the "budget airline."

And consider the personal computer phenomenon pioneered by Microsoft Corporation. Microsoft took the complexity of computer programming and hid it behind the simplest of movements: a simple point and a click. In doing so, they made the PC something everyone wanted and freed customers to use technology to make their lives richer and better. Through simplicity, Microsoft, too, “moved mountains.”

Talking and writing about simplicity is easy. Implementing it, not so much. It helps if you let a few fundamental principles guide your way to simplification, peace, and prosperity:

This all boils down to a simple proposition: simplicity creates peace of mind. Without peace of mind, the troubles you see in the piles of papers get translated forward into your product, into your agenda-less meeting, into a sense of malaise and unease and unhappiness.

The power of simplicity can and should become part of the craft of work. It doesn't matter if it's how you deliver an assignment to a teammate, how you design a workspace, or how you communicate this year's changes to health care benefits. As you think simple and focus on what matters, you will see your prospects, and the satisfaction with what you do, soar. 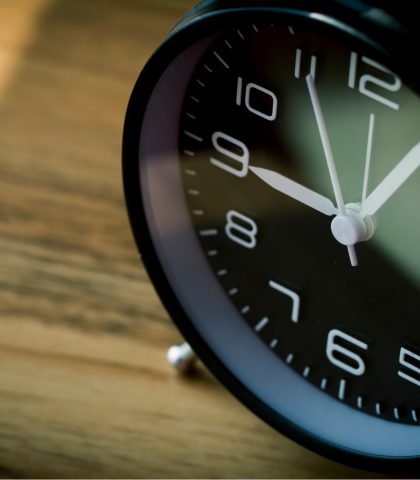 Always Know How Things are Going 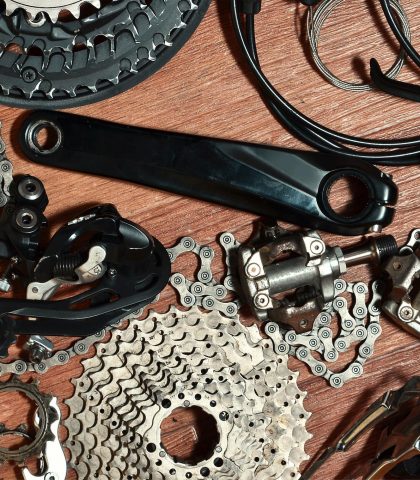 Always Know How the Parts Relate to the Whole